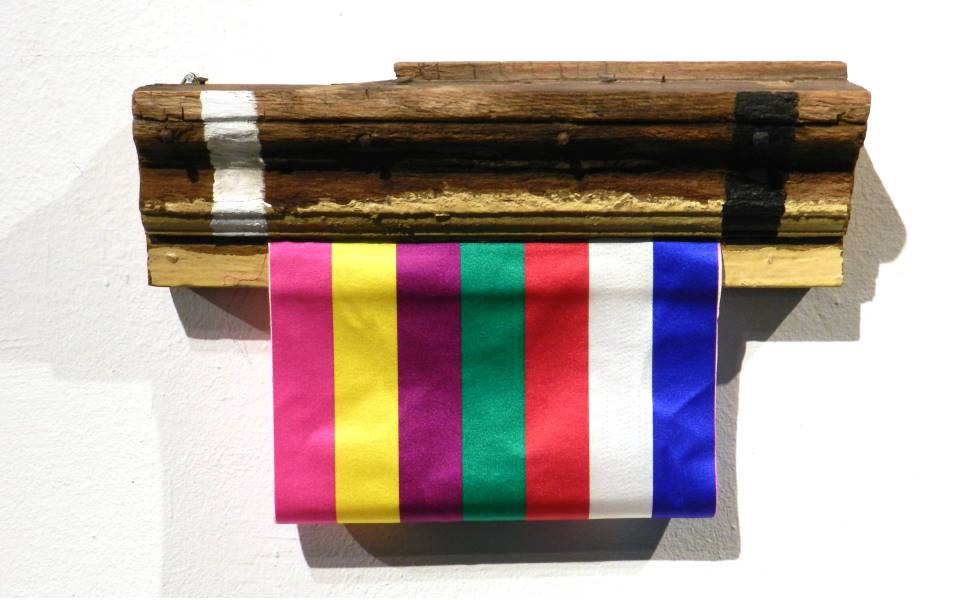 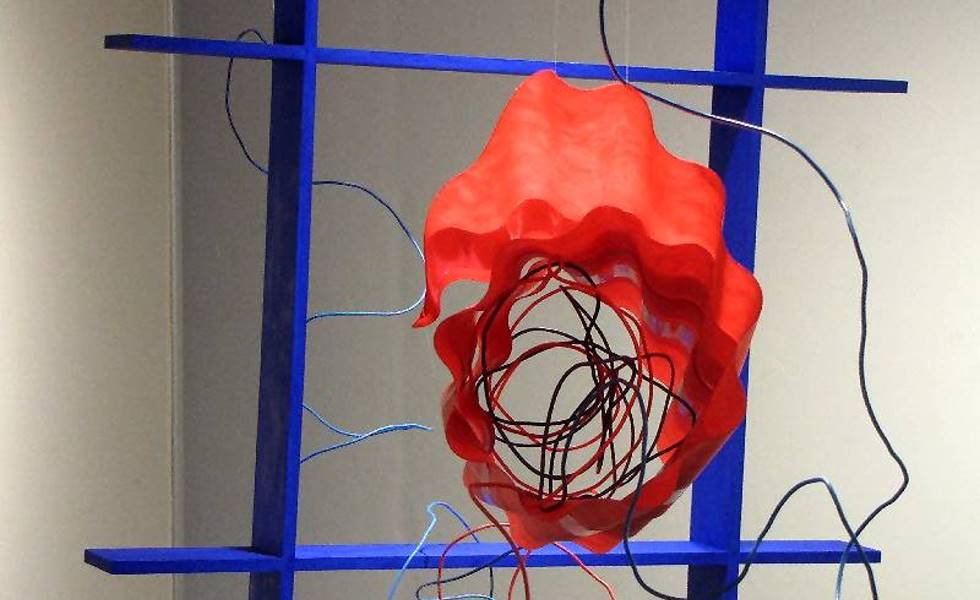 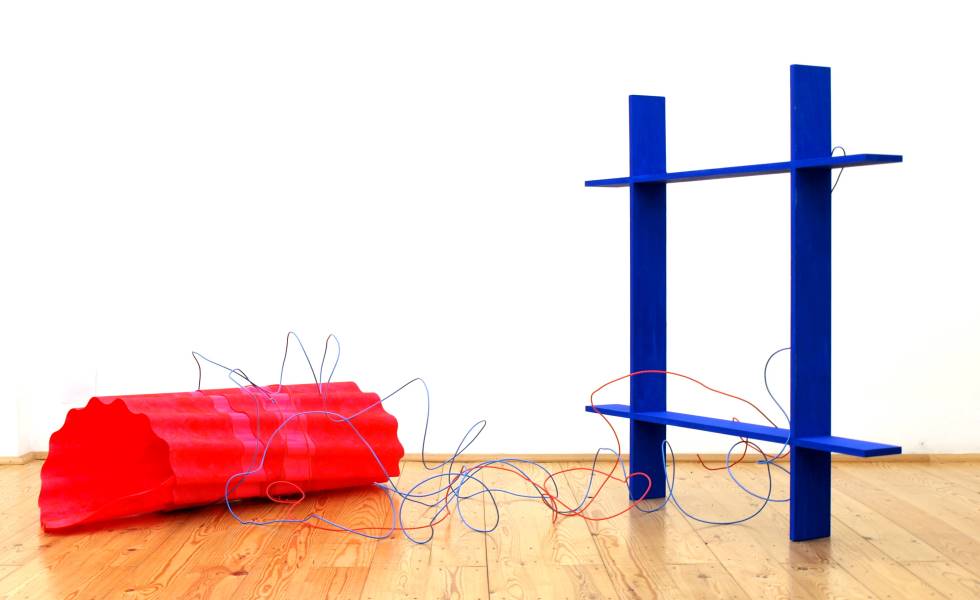 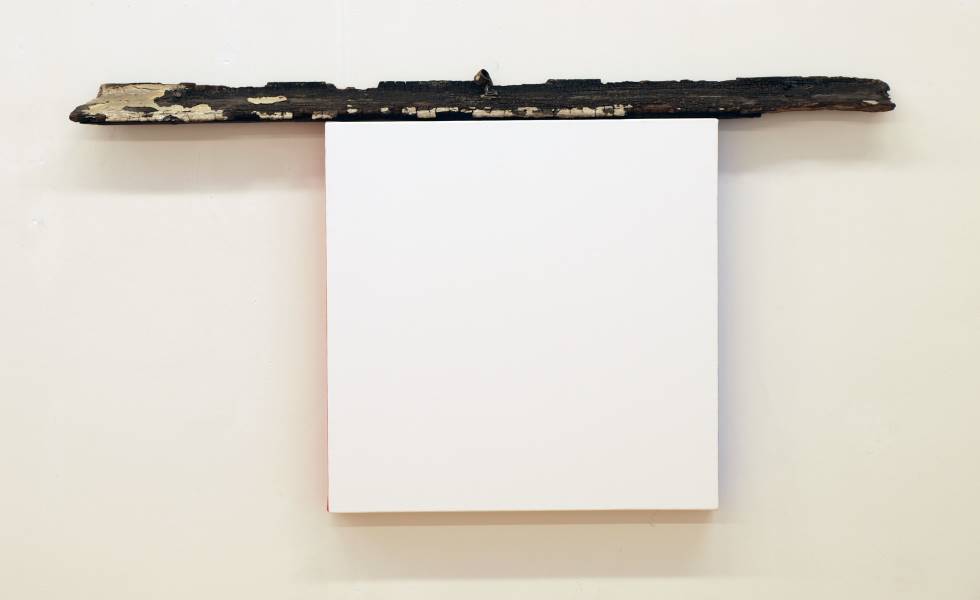 Thank you for your interest to open my homepage!

To introduce myself and my art works I let here  my lecture, what was already hold for a long time ago.

But I have let it here without any correction because the principal idea of my art is not changed until yet, although the "external"  form of my works seemed to be changed.

Having once realized that I only use red and blue, or sometimes I add also black and white, very often the question is put to me. Is there any meaning of the colours? Actually there is not an absolute meaning of colour. Symbolic colour in itself does not exist. But everybody does ascribe a symbolic meaning to a colour. Black, for instance, is often equated with death, but neither a god nor any absolute sovereign has ordered that black must symbolize death. In my native country, Korea, the mourners usually express their feelings by wearing white clothes. Thus, either white or black can be a way of expressing death or mourning in various cultures. But all this we invented and used with the long time. This is a custom, not an absolute general rule.

Through a very shocking, painful accident, which was not only technical disturbance but also unforgettable political event as a Korean, I suffered enormously. Since this event I was absorbed in the “interaction or power game in the world”. There are two groups in the world, powerful dominating group and week and suffering group under the power of other side. In the world exist the bright side and the dark side. All the things and conceptions have both aspects: two different elements and different ideas. I noticed also that this kind of thinking is not new, but it existed already long time ago. In China Choo Dynasty, the I-Ging book  is written about Yin-Yang philosophy, the old Asian cosmology. The Yin-yang-philosophers maintain that, Yin and Yang are two extremely different elements, confronting but also harmonious each other. And every visible and invisible things, substance, phenomenon, conception is consisted by the character of Yin and Yang.

Since 1983 I used the symbolic Sign and colour of I-Ging for my artworks.


It is not only to have a logic and an authentic background of my art, but much more to use and develop the aesthetic form of the simple lines and the two expressive colours.

For example, in the Installation “MOON 3” I used two lines of Yang (continuous red lines) and two lines of Yin (interrupted blue lines). Each line receives volume to be visible, so that they became ashlars(Quaders). This each “line ” is 220 x 24 x 20cm. One blue interrupted line (in two parts) is incl. interrupted length 220 x 24 x20 cm, exactly like one red line. I arranged the two interrupted blue lines not horizontal but in vertical way. Between two parts of the blue line I made also some distance. The title MOON is a word in Korean 문 {mun}, means “door" or "gate".  The MOON, through which you come out to the wide world and go in to your peaceful and protected area, is consisted of two different lines, two different colours- red and blue, and two contrasting elements-Yin and Yang.

I tried to achieve a way to unite two other very different principles, Yin and Yang, of course as an artist in a visual way. As long as I work with the two principles, the two lines and the two main colours, the result of my works, paintings, installations or objects, stays in a relative quite and reduced appearance. Therefore my artworks received so to say “a mark” as “concrete art" and “constructive art “ or “minimal art”. The art critics and historians of art use these words for their own practical reason. And if you read and believe this classiﬁcation for my art, I just accept. Because this kind of division is given by them only to help the artworks to be understood by the recipient. And actually it helps also, at least for an external appreciation. If you ﬁnd and feel the visual beauty and power on my work, it’ll be enough for me.

As an artist you should be sure with your intention and the way of expression. I don’t assert that religious belief, moral engagement or any national philosophy is required to produce art. But I also don’t object when an artist is trying to come to know all the ideas and concepts connected with his existence, to feel them sensitively, and carry them out in his art.